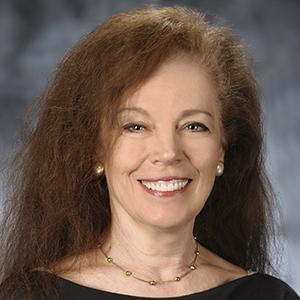 Ann Jensen Adams received her Ph.D. from Harvard University. Her approaches to her field of 17th-century Dutch art and visual culture has been shaped in part by her undergraduate degree from Radcliffe College in Government, and several years making stained glass windows as a practicing artist. Her primary areas of research are in the areas of the history of science, portraiture, and the role of images in constructing gender identities.

Professor Adams has received fellowships from the National Science Foundation, the Ministry of Education and Science, The Netherlands, the Metropolitan Museum of Art, New York, the Mrs. Giles Whiting Foundation, and the J. Paul Getty Trust; she was a Visiting Scholar at the Getty Research Institute in 2005. Her publications include Public Faces and Private Identities in Seventeenth-Century Holland: Portraiture and the Production of Community (2009); editor of New Approaches to Rembrandt: Rembrandt's Bathsheba Reading King David's Letter (1998); and, curator and catalogue author of the exhibition Seventeenth-Century Dutch and Flemish Paintings in New York Private Collections, National Academy of Design, New York (1988). In addition to essays for exhibition catalogues and anthologies, articles have appeared in The Art Bulletin, and Nederlands Kunsthistorisch Jaarboek.

Her current research includes an historiography of the seventeenth-century Dutch portrait, and monograph with catalogue raisonné on the 17th-century Dutch painter Thomas de Keyser. Before coming to UCSB, Ann Jensen Adams taught at the University of Chicago.

Ann Jensen Adams. “Money and the Regulation of Desire: The Prostitute and the Marketplace in Seventeenth-Century Holland.”

In Renaissance Culture and the Everyday, edited by Patricia Fumerton and Simon Hunt, 229-253. Philadelphia: University of Pennsylvania Press, 1999.

In The First Global Vision of Religion: Bernard Picart’s Religious Ceremonies and Customs of All the Peoples of the World, edited by Lynn Hunt, Margaret Jacob, and Wijnand Mijnhardt, 74-104. Los Angeles: The J. Paul Getty Trust, 2010.

111B   Dutch Art in the Age of Rembrandt and Frans Hals. The Birth of a Nation: 1579 - 1648
111C   Dutch Art in the Age of Vermeer. The Golden Age: 1648 - 1672
111E   Gender and Power in the Early Modern Period
111F   Rethinking Rembrandt
186G   Seminar in Seventeenth Century Northern European Art - Topics: Johannes Vermeer: The Art Behind the Art; Rembrandt; Approaches to Rembrandt
INT 94HG   Freshman Seminar: Close Looking. Examining Works of Art