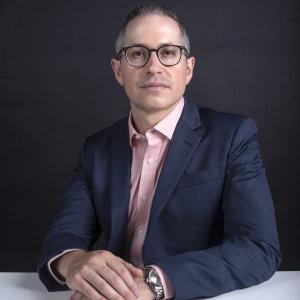 Gabriel Ritter is a curator and art historian specializing in avant-garde visual art practices of modern/contemporary Japan ranging from Surrealism of the 1930s, to bodily abstraction of the Gutai Art Association (1954-1972), as well as the concept of “nonsense” as a critical lens for critiquing the status-quo and connecting Dada-inspired, socially engaged anti-art practices of the 1960s to the present day. His research has gravitated toward exploring the pressures on avant-garde art production during times of crisis throughout Japanese history including the Fifteen Year War (1931-1945), the Allied Occupation and immediate postwar period (1945-1952), the ANPO student protest movement (1960-70), as well as art made in the aftermath of the Fukushima nuclear disaster (2011).

Ritter holds a joint position as Director of the UCSB Art, Design & Architecture Museum. Prior to his appointment at UCSB Ritter served as Curator and Head of Contemporary Art at the Minneapolis Institute of Art (Mia) where in addition to the exhibition program, Ritter was responsible for growing and diversifying the Contemporary Art collection, with increased focus on female artists, artists of color, and those who openly identify at LGBTQI+. In March 2018, Ritter curated the critically acclaimed Focus section of The Armory Show, New York City’s premier art fair. He served as the co-organizing curator for the exhibition Between Action and the Unknown: The Art of Kazuo Shiraga and Sadamasa Motonaga and editor of the accompanying scholarly catalog (Dallas Museum of Art, 2015), and was selected as one of the first non-Japanese curators for the triennial exhibition Roppongi Crossing 2013: OUT OF DOUBT at the Mori Art Museum, Tokyo.

Gabriel Ritter, ed. Between Action and the Unknown: The Art of Kazuo Shiraga and Sadamasa Motonaga