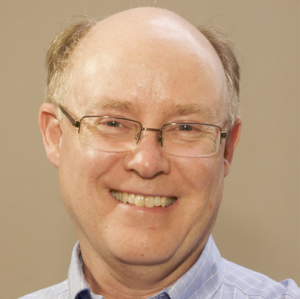 For a number of years Bruce Robertson held a dual appointment with the Los Angeles County Museum of Art, as Chief Curator, Center for the Art of the Americas, and Deputy Director for Art Programs. While there he started the Latino and Latin American Art Initiative, and acquired Thomas Eakins' The Wrestlers (Eakins' last sporting painting), as well as works by Yun Gee, Abbott Thayer and William Rimmer. He was also Director of the Art, Design & Architecture Museum, UC Santa Barbara, for ten years, organizing many exhibitions and programs.

He has organized exhibitions and written on such artists as Paul Sandby, Winslow Homer, John Singer Sargent, Marsden Hartley and Georgia O’Keeffe, as well as many other topics, ranging in date from 1565 to 2014. Views and Visions: American Landscape before 1830 (in collaboration with Edward Nygren, 1987) won the first Charles Eldredge Prize of the National Museum of American Art (now SAAM).

He has held fellowships at the Huntington Library, the Paul Mellon Centre in London, and the UC Humanities Research Institute, winning a Getty Collaborative Research Grant in 1996; he is co-director of the Microcosms Project, on the history of museums and universities, with Mark Meadow and Rosemary Joyce. He was also a vice-president of the College Art Association for four years, and currently serves on the editorial boards of Panorama, Museums and Society, and Museum History; he was formerly on the editorial boards of American Quarterly and the Smithsonian American Art Journal, and UC Press.

During his teaching career he chaired to completion over 30 PhDs, and sat on committees for many more. He is pleased and proud that his students thrive in major museums and institutions in United States and elsewhere.

A recent major project was the 2016 exhibition and catalogue: Radical Bodies: Anna Halperin, Simone Forti and Yvonne Rainer, California and New York 1955-1972 (UC Press). The exhibition travelled to the New York Public Library, where he and Prof. Ninotchka Bennahum in Theater and Dance have been asked to co-curate another major exhibition 2023, Crossing Borders: Exile, Diaspora and Race in American Dance 1915-1955.

In addition he is finishing two books: Placing Knowledge: The Museum and the University in the Nineteenth Century, and Who’s Listening to What?: William Sidney Mount and The Power of Music.