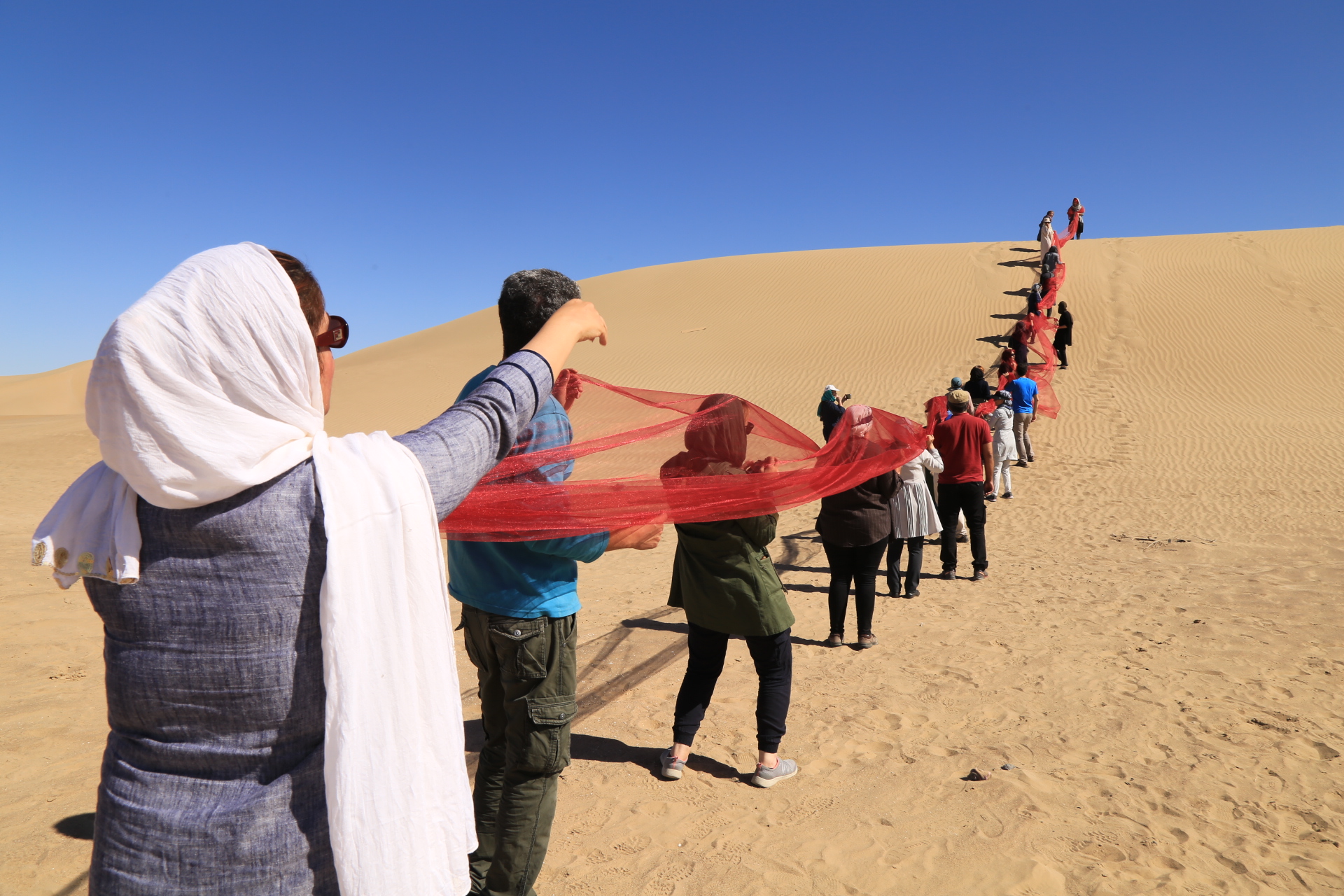 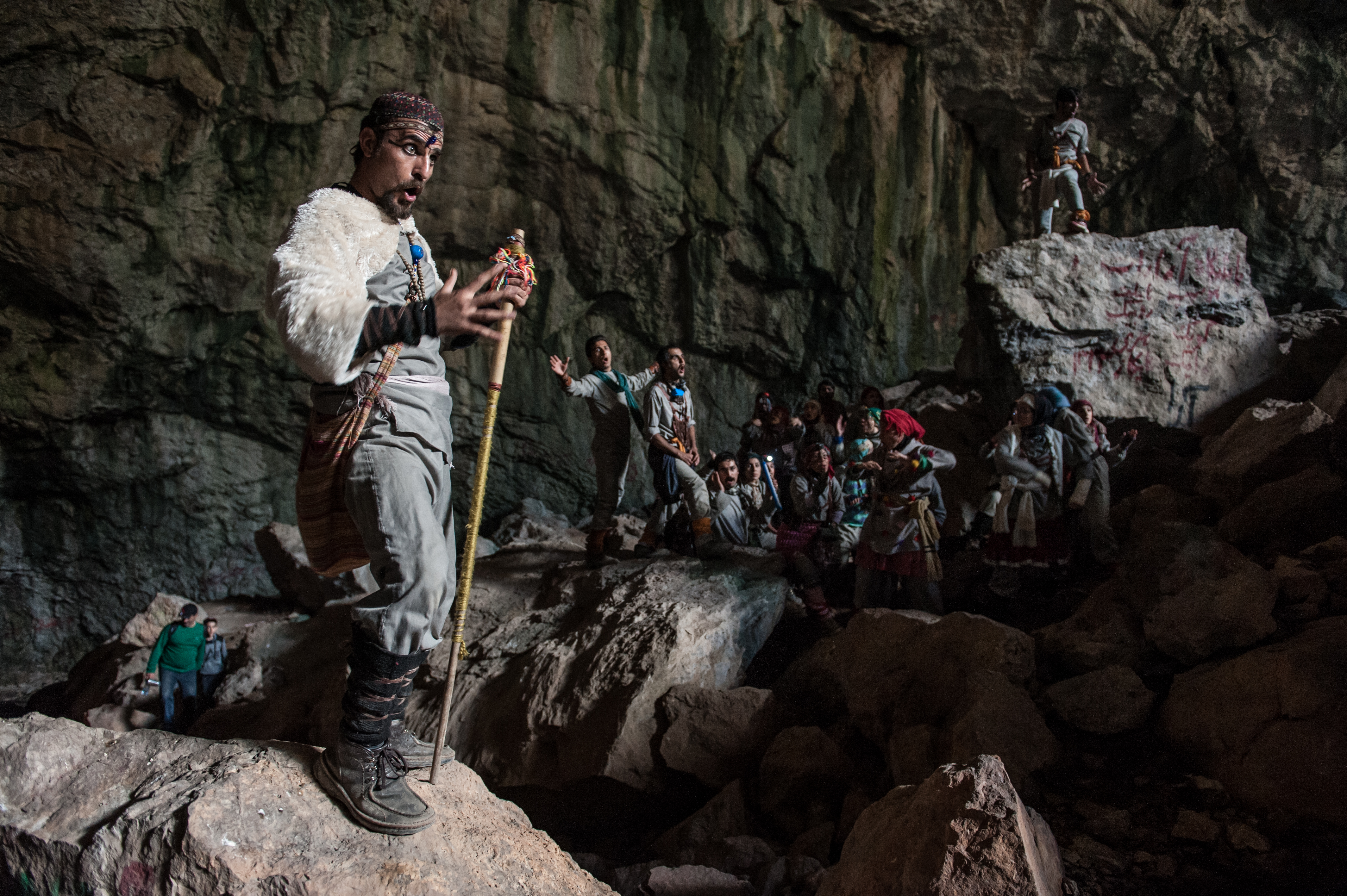 For the 1972 Shiraz Festival of Arts, the American performance artist Robert Wilson and his avant-garde theater group, the Byrd Hoffman School of Byrds, displayed a seven-day nonstop performance across an entire mountain. The event was meant to be a kind of window into the world where ordinary and extraordinary events could be seen together. One could see the world at 8am, 3pm, or midnight, and the play would always be there, a twenty-four-hour clock composed of natural time interrupted by supernatural time. Albeit a hiatus due to the Islamic Revolution and the subsequent eight-year war with Iraq, in the 1990s engagement with remote natural sites once again emerged in Iran’s art circles.  However, rather than the environmental context, the emphasis in these post-revolutionary practices was often on the distance from the center that allowed for a greater measure of personal freedom and independent thinking. Examining critical engagement with remote sites chosen by visual and performance artists, this presentation looks at the ways in which contemporary creative agents in Iran have fashioned opportunities for performance, collective art making, shared enjoyment, grassroots incitement and provocative dialogues that are not always possible or convenient in galleries, museums, proscenium theaters, and other official venues in major urban areas. Drawing on parallel instances of retreat to remote natural sites by artists behind the Iron Curtain, the presentation further situates the unique artistic practice under discussion within its parallel global contexts. 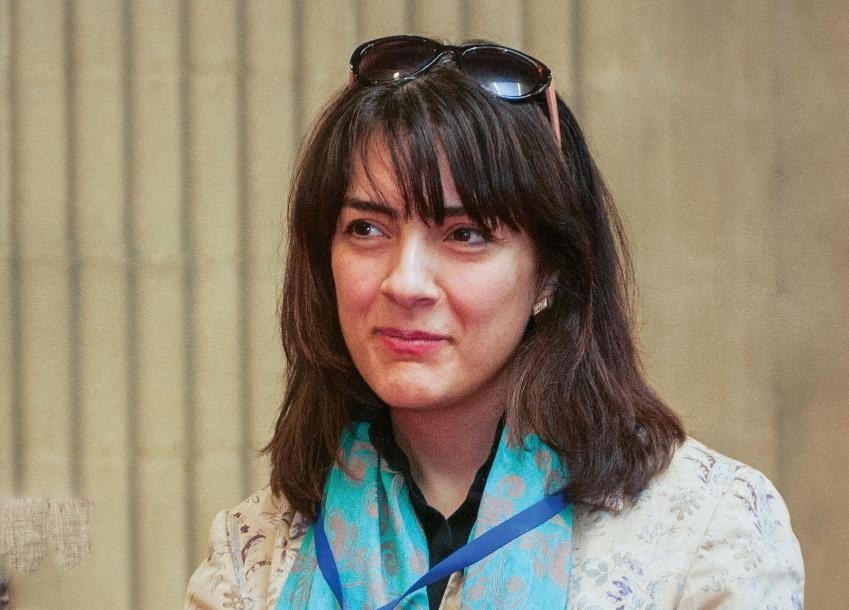 Pamela Karimi is an architect and an architectural historian. She holds a PhD from the Aga Khan Program at MIT. She is the author of Domesticity and Consumer Culture in Iran (2013) and co-editor of Images of the Child and Childhood in Modern Muslim Contexts (2012) & The Destruction of Cultural Heritage in the Middle East: From Napoleon to ISIS (2016). Karimi’s forthcoming book, Alternative Iran: Contemporary Art & Critical Spatial Practice will be published by Stanford University Press in August 2022. This book project was recently awarded the 2021 Millard Meiss Publication Fund from the College Art Association and a 2022 grant from the Graham Foundation for Advanced Studies in the Fine Arts.  Karimi’s major curatorial projects include Stateless: Artists Respond to the Refugee Crisis, Black Spaces Matter, and Contemporary Iranian Art & the Historical Imagination. Karimi has held fellowships from the Iran Heritage Foundation at SOAS, American Council of Learned Societies, the Social Science Research Council, and the American Association of University Women. In 2018 she received the Manning Prize for Excellence in Teaching. More recently Karimi was the co-recipient of a major grant from the Connecting Art Histories Initiative at the Getty Foundation, which will undertake extensive research on courses, programs, and alternative educational platforms in the fields of art history and architectural studies throughout the Middle East and North Africa.

Save the date for the final virtual lecture in the series, Inka Decoration and its Discontents: A problem of pattern, by Carolyn Dean (UC Santa Cruz) on Thursday, May 12, from 4:00 - 5:30 pm (PDT).