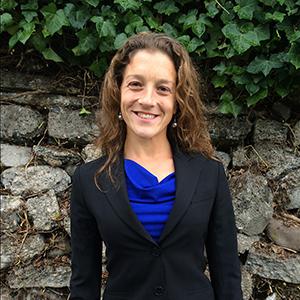 Claudia Moser’s research focuses on the material culture and archaeological record of Roman religion, principally the ritual of sacrifice and the altars at which these practices took place. Her work touches on and attempts to reorient the differing approaches to the study of the materiality of religion of such scholarly disciplines as art history, classics, anthropology, religious studies, economics, and cognitive science. Fieldwork is an essential aspect of her studies of ancient religion, and she has participated in excavations in Rome, Latium, Greece, and Petra. Her publications include The Altars of Republican Rome and Latium: Sacrifice and the Materiality of Roman Religion (Cambridge University Press, 2019), as well as three co-edited volumes, Locating the Sacred: Theoretical Approaches to the Emplacement of Religion (Oxbow Books, 2014), Ritual Matters: Material Residues of Ancient Religions (Memoirs of the American Academy Supplement Series, The University of Michigan Press, 2017), and Transformations of Value: Lived Religion and the Economy (Mohr Siebeck, 2019). Claudia is the recipient of a Rome Prize from the American Academy in Rome (2013-2014), a Memoria Romana Dissertation Fellowship (2012-2013), and a postdoctoral fellowship in archaeology at the University of Puget Sound (2014-2015). She received her Ph.D. from the Joukowsky Institute for Archaeology and the Ancient World at Brown University in 2014. Her current work includes a study of the intersection of economy and religion in early Central Italy, an investigation of the sacrificial practices and sanctuary architecture in pre-Roman and Roman Gaul, as well as a new project on the phallus as an apotropaic symbol in Roman North Africa, Britain, and Italy.