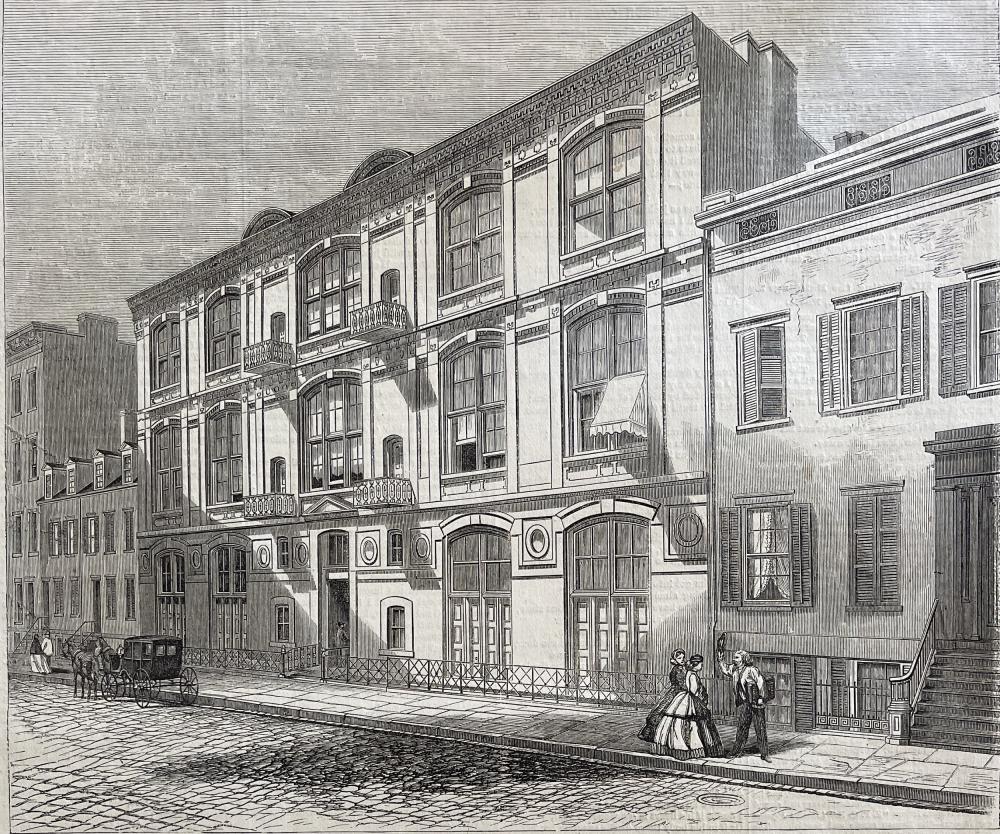 Mary Okin, Ph.D. candidate, has co-written the first article from her digital humanities project, "Mining @ Tenth Street: Visualizing New York City's Tenth Street Studio Building," which she has been developing alongside her dissertation on the California painter Wayne Thiebaud for the last four-and-a-half years, which has been published in Panorama: Journal of the Association of Historians of American Art. The article is part of the journal's "Toward A More Inclusive Digital Art History

" initiative and a labor of love that she shares with a former student of hers from UCSB (Celie Mitchard, her research assistant for the project and co-author for the publication).

The article, "From Center to Periphery: The Lifespan of New York City's Tenth Street Studio Building and the Canon of American Art

," is a data-driven economic and social history of the Tenth Street Studio Building (1857-1956), which was the first building specifically designed to house practicing artists in the United States and is considered foundational to histories of American art and architecture. The article explores how the building and its influential social network operated as a sponsored creative cluster, and how its powerful patrons collaborated with artists and architects to broker and promote New York City's rise as the center for American culture and capitalism. To date, only the building's nineteenth-century history has received much attention, so the project and article are the first extensive look at what happens to the building after the patron-class family that founded this important institution (and also The Metropolitan Museum of Art and its American Wing) left the building to the next generation, who in turn lost interest and sold the building to its artist-tenants in 1920. Providing the first reconstruction of the building's twentieth-century life, Mary considers how this foundational institution transforms from a center of American art to a periphery at the same time that its tenants and social network become more diverse and inclusive. The project's extensive datasets and the article's analysis suggests how, among other things, digital art history projects can reveal systems of exclusion, including the social construction of whiteness in the American art canon and the exclusion of women artists. Coupled with present-day market research, the Mining @ Tenth Street project helps to reconstruct how the socio-economic mechanisms that continue to exclude women artists and artists of color from market share began to operate through institutions like the Tenth Street Studio Building in the nineteenth century.

In addition to this presentation of preliminary project findings, next year Mary will be launching a fully-fleshed out project website, complete with a 3D model, additional data visualizations, expanded datasets, and more granular information about each of the 419 individual tenants the authors have confirmed through research thus far (more than 250+ of them being new contributions to documentation of the building’s history). In the meantime, there are three embedded StoryMaps that provide an abbreviated and illustrated view of the project, its data, and preliminary findings. The StoryMaps are geolocated timelines that visualize the building's patron-class owners

(the powerful Johnston family), the other institutions they and their affiliated patron-class friends founded

(New York University, The Metropolitan Museum of Art and its American Wing, among others), and the first look at the Studio Building's understudied women tenants

(50 of which my project has identified).